The story behind Chef Lee. 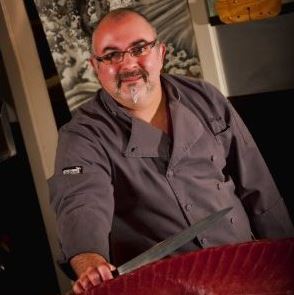 Chef Lee worked at The Breaker from 2001 to 2006, where he was the executive chef for their fine Asian restaurant, Echo.  He was also responsible for the production of the sushi that went in to the catering events for the Breakers hotel, estimated at a half a million pieces of sushi a year.  His greatest pleasure, however, is the time spent behind the sushi bar where he has the privilege of interacting with his guests to provide a unique experience that might not have even be comprised of items from his sushi and Asian cuisine menu. Often times he creates dishes for the individual based on their personal tastes.

His eagerness to explain, demonstrate and discuss his preparations and his sourcing of product has cultivated an impressive list of clients who come for the friendship as much as the food.

The Bento Box has been open since 2006, and because of its success, we also offer full-service catering services. The Wilmington, NC sushi restaurant strives to balance work and family, and so it is not open on Sundays or any major holidays.